Hoop League Tactics is a very strange turn-based basketball mobile game. This game really makes people feel ‘brain twisted’ when it is called a fast action sport but has a very tactical variation. 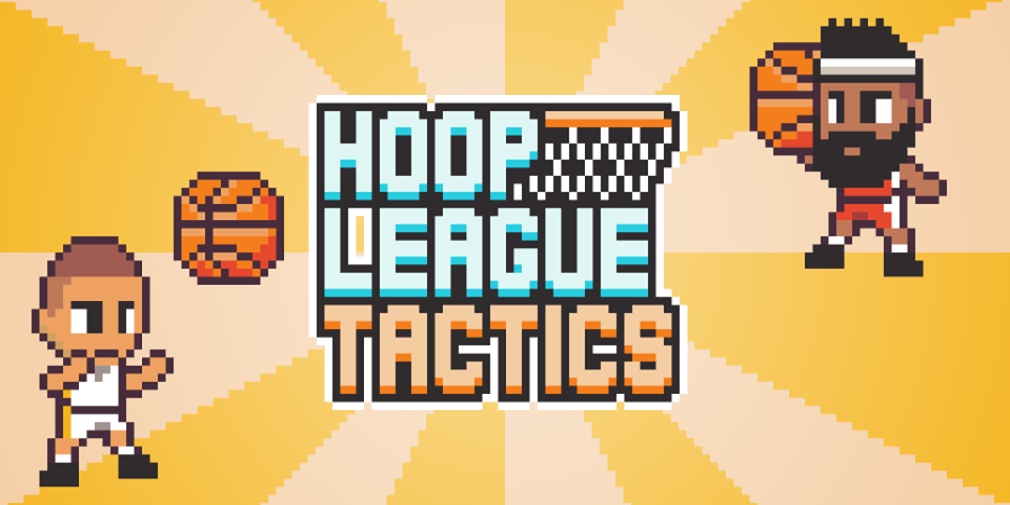 Hoop League Tactics is a fresh new take on the sports management simulation genre. Take control of your basketball team and lead them to victory in turn-based tactical action. Manage your players between games by upgrading their skills and scouting for the next prospect to join your squad. Whether you’d rather control every action or watch from the sidelines, how you decide to play the game is entirely up to you!

In terms of gameplay, Hoop League Tactics has a combination of a sports management game with a strategy game. During the match the player will choose one of the actions such as passing, shooting or moving. Each player will have stats shown below to help you make decisions easier, it doesn’t have to be fast but it has to be accurate because this is a turn-base game.

Outside of the game, Hoop League Tactics brings a lot of interesting details, such as upgrading the squad based on the skill tree – roughly developing progressive players, along with scouting. Good players to recruit again. These are all quite familiar features in sports management games.

However, the gameplay of this strategy game is actually much deeper when there are indicators like the player’s ‘trust’ type. You need to pamper them to get the highest satisfaction score. For example, increasing wages when hitting well, signing contracts at the right time to make them feel secure, playing with a high fighting spirit… 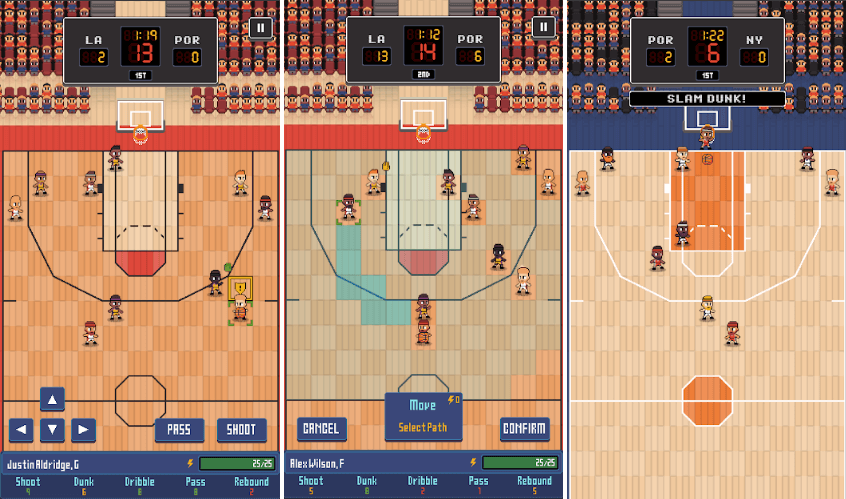 Because this isn’t an officially licensed NBA game or anything, Hoop League Tactics will feature randomly generated teams and players, but it will also feature tons of customization options. So it sounds like if you want to recreate your favorite team and pro league, you’ll be able to do just that. The game will include a full single-player Season Mode as well as pass-and-play multiplayer.

Currently the game is running a closed beta test and Koality is looking for as much feedback as possible. So if you’re interested in testing this one out head over to the thread in our forums for more details on how to do so. A public beta is also planned for sometime next month. And if all goes well Hoop League Tactics should be finished up and launching sometime in December. 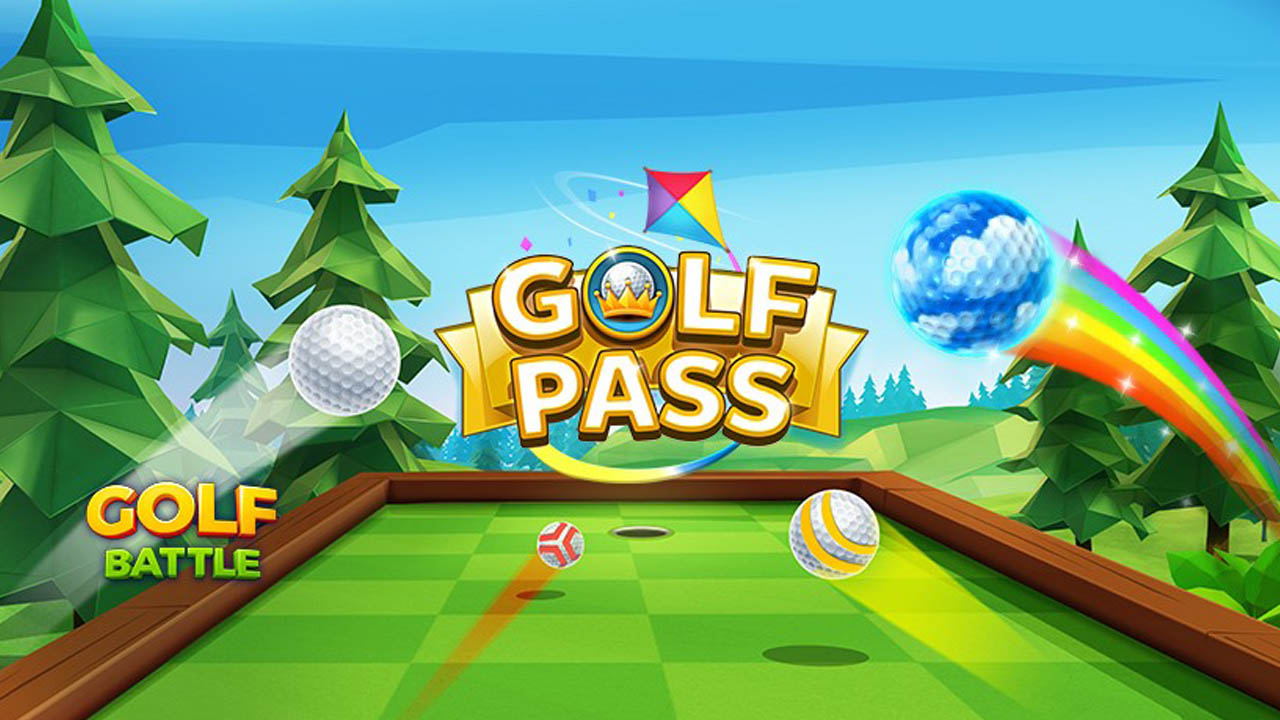 Golf Battle is a stylized golf mobile game with many levels of play in all terrains. You will participate in optional time or club races with 7 other players, starting with the stakes increasing according to the difficulty of the game. The remarkable thing here and also what has made this series so trending is multiplayer.

Golf Battle has a relatively stable 8-player multiplayer system, which most mobile games of the same genre do not have. Stability is key, and meeting the needs of players’ internal “competitions” has helped Miniclip easily conquer the gaming community.

Talking a little bit about the graphics, like Golf With Your Friend. Golf Battle is built with 5 contexts corresponding to which are 5 types of terrain with distinct characteristics. Vivid colors are also something that Miniclip focuses on building, because it brings joy as well as helps the game highlight its stylized elements.

In addition, the development of the game in a 3rd person perspective not only helps gamers cover and handle difficult situations easily, but also helps Golf Battle create an impressive highlight of the context during the gameplay. .

Another aspect that also contributes significantly to the stylized element in the game is the rich and diverse skin system. There are dozens of skins for your golf ball, besides the effect color when the ball flies up as well as the extremely beautiful hole for players to choose from.

In addition, this is also the destination for those who want to have a “striving” milestone in the game. Because these skins will mostly be unlocked behind the chests that the player receives after each victory or each time. reached the top. Besides, there will also be a few types of skins unlocked with money but in relatively small quantities.

Pine Forest – A clean green awaits you in the Pine Forest. Expect straight Mini Golf action from start to end. Rocky Mountain – Like Golf in the desert, but it’s actually you are actually golfing in the Rocky Mountains! The dry nature of the courses makes it mandatory to avoid the dangerous sand pits and moving objects, if you don’t wanna fall behind.

Are you the Golf King? Put on your ice crown and enjoy some cold levels featuring water, ice. Loopings and a lot of fancy stuff that guarantees that your hands won’t be freezing while holding your club!

Mayan Jungle – Water, trees and a lot of green differentiate the Mayan Jungle from the Golf desert. Take a swing and explore countless options to master the levels in this minigolf jungle.

Windy Cliffs – Gushing springs, a lot of wind and beautiful levels await you in the Windy Cliffs. Just when you think you’ve seen it all the Windy Cliffs will test your golf swing. Be prepared for a golf battle with mother nature!

Invite your friends to short and exciting multiplayer golf battles and determine who is the golf king! With Golf Battle, you experience a real golf battle on a miniature golf course with real opponents! It is Super fun sports mobile game.