Best Android online games – It’s the end of May this year. A series of Android online games are very hot with many different genres attracting gamers around the world. Below, APK-LIVE would like to introduce to you the best mobile games in May 2021 waiting for you to discover. For more news and information, check out our website at APK-LIVE.

War Robots can be said to be an action game for gamers who like challenges. It is constantly updated by the manufacturer with new versions with each version being a robot model with many outstanding features.

War Robots is the biggest shooter game about giant robots in the world. And this game fits into your pocket. Join epic PvP battles against rivals from all over the world and show them who’s the smartest, fastest, toughest pilot around! Prepare for surprise attacks, intricate tactical maneuvers and other tricks up enemies’ sleeves. Destroy! Capture! Upgrade! Become stronger — and prove yourself as the best mech commander in the War Robots online universe!

The investment in upgrading the image, opening a new arsenal, and many new features have made War Robots really attractive and worthy of the best mobile game today. Accompanied by fighting gameplay in the shooting format, it always creates a dramatic atmosphere in each playground. 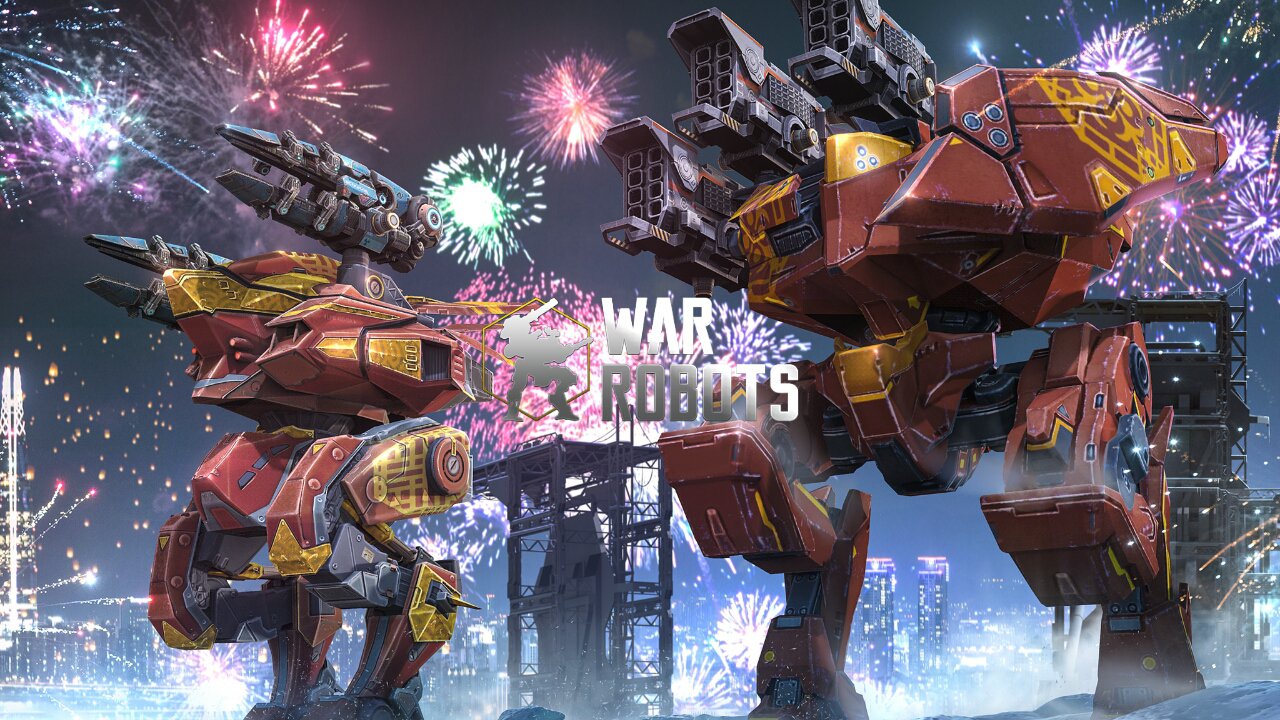 War Robots has a gameplay of the Action, Shooting genre, so it will not be strange if the player’s battle machines continuously rain missiles or bullets with high damage to the opponent’s face. Each game screen will have 2 blue and red teams, each team will have 6 members. This entire game focuses on online competition like most popular games today. No plot, no offline maps at all. There is only 1 game mode: Capture the beacon.

With this game mode, players will venture into predefined maps and fight the opposing team to occupy the territory. Comes with an extremely simple game mode is a very large number of robots with a rich range of weapons and drones. When really immersed in the battlefield of War Robots, players will not be bored.

This game has a simple, easy-to-understand control system with large buttons and a very logical arrangement. On the left side, we have the usual scroll button. On the right, we have a button to shoot bullets and smaller buttons to choose from a pre-equipped weapon.

All types of mechs do not have a reload button, instead a system that automatically reloads when the number of bullets in the tape has been fired. When the ammo runs out, the mech can only move and have to wait for the ammo to fully load for 10 to 15 seconds to fire again. Move wisely to avoid being killed because reloading is the most vulnerable time for each player.

It has become the hottest game today thanks to its support of many different languages, giving native gamers easy access to the dramatic role-playing game genre.

Survival Heroes is a best mobile game when combining the two most popular game genres today, which are MOBA and Battle Royale. This combination has created attraction for the mobile version of Survival Heroes.

The brand new version of survival heroes is coming in this March! Experience the weather system, teleportation, in the new map. Use 2 new weapons to fight monsters you have never seen before! Show off with total 7new skins, and 4 new avatar frames!

Get ready to gather your friends, loot treasures and crush any others in your way. Come to bring out your inside hero, fight with other 99 real players and let’s see if you will be the last one standing! 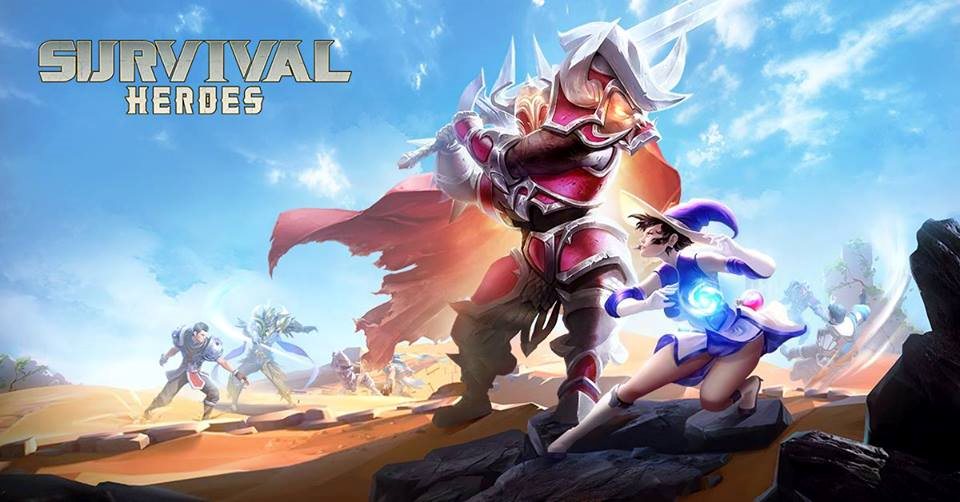 Get ready to play the most epic MOBA in the history! It’s easy to get started and fun to master with traditional MOBA game control! In Survival Heroes, every player starts the same in the valley of heroes. Go pick up your first weapon and have a fair fight with others, explore the vast land of dangerous creatures and loots! Also, be wary of the bush and mist, because you will never know what’s in there.

No need to buy gear for your champion anymore. In Survival Heroes, only your luck and skill will be put into test. To be a true survivalist, you will need to improvise by picking up the right gear at the right moment.

Survival Heroes contains almost 30 distinct weapons, which give heroes hundreds of unique abilities to choose from. You can use the fierce firepower to kill everyone in your way, or if you prefer the sneaky beaky way, you can set traps, lurk in the bush and wait for your enemy to step on.

Warriors in Survival Heroes will have to fight to become the last survivor. In order to get items and weapons that increase power, gamers must fight and win their opponents.

The MOBA-style Survival Heroes gameplay that comes with the gameplay of Battle Royale will definitely give gamers a lot of interesting feelings with this attractive mobile game.

Warface Mobile was born from the success of the PC version. This game is an action role-playing game that attracts any gamer with fiery modes, extremely breathtaking battles.

The Warface Mobile role-playing game genre unleashes the creativity of gamers when they can customize the character’s appearance. The items and accessories are not only diverse but also glittering, making anyone want to own. 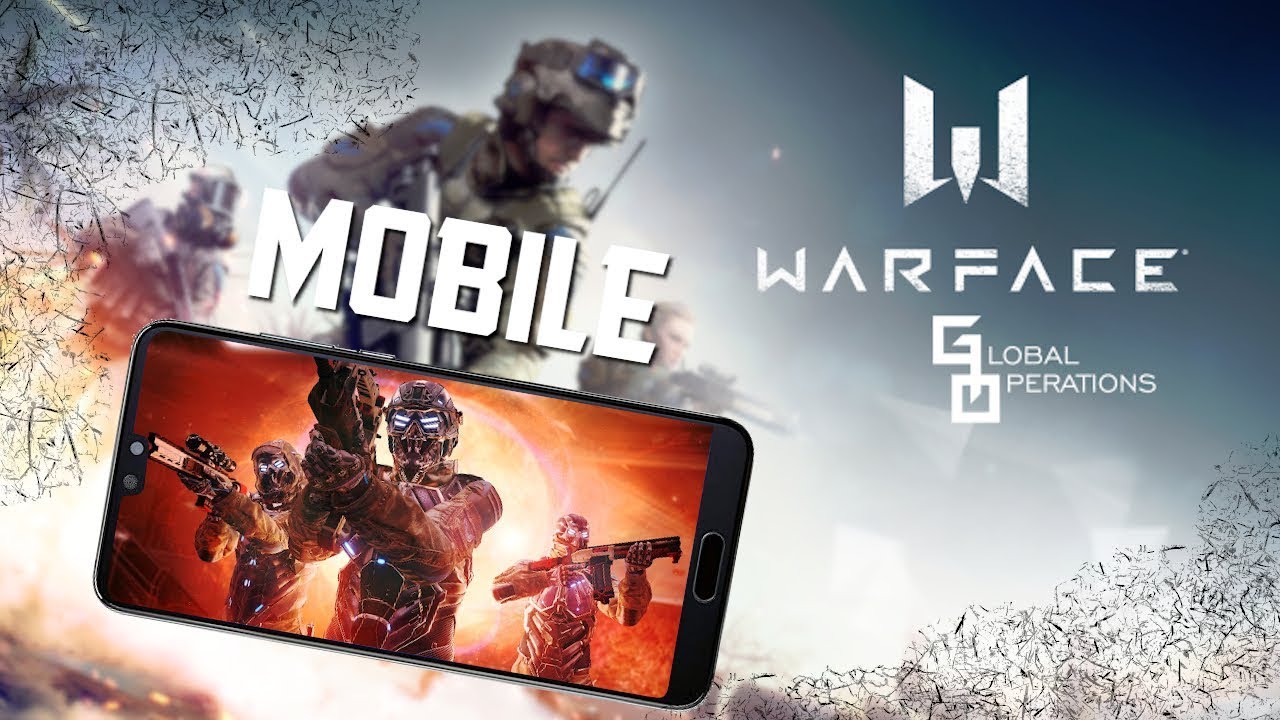 Warface: Global Operations is actively growing and developing: new maps, weapons, equipment and character skins regularly appear in the game, as well as unique new game modes and events in which you can receive valuable rewards. The team is constantly improving the game optimization and matchmaking system with each update, providing the best gaming experience for fans of mobile first-person shooters.

In the list of the hottest mobile games today, Warface Mobile is highly appreciated for the creativity of the manufacturer. For example, the weapons are no less than the PC version, the battles do not need to be about “real” and thrilling.